I brought four things back from a trip to Uganda: a small clay cat; a wooden pipe designed for witchcraft; a bright blue floral shirt I had been given to wear on special occasions; and a copy of The Onion, a Ugandan tabloid newspaper. The front page of The Onion has the headline ‘Beheaded!’ in bold black type. Below, in a pink box, reads ‘Arsenal Fans Chop Off ManU Fan’s Head With Power Saw’. This provides a short explanation to the grisly colour photograph which takes up most of the front page; a man lies on a blood-streaked white sheet, his head about 12 inches away from the bloody stump of his neck.

Enrique Metinides, a Mexican photographer, took one of his first photographs of a dead person aged 10, the photo showed a police officer holding up the dismembered head of a criminal by his hair. This didn’t make the front page of a newspaper; it was for the personal collection of images he was amassing whilst hanging around police stations with his camera. It was his childhood fascination for collecting these images that led him to a career as a photographer for La Prensa newspaper until 1979. He shot mostly scenes of accidents, disasters and death on the streets of Mexico City. It is for these macabre but finely composed photographs that Metinides has subsequently gained acknowledgement as an art photographer, and it is these that feature in Michael Hoppen Gallery’s current exhibition, which presents a small selection of the thousands of images he shot over his 31-year career.

The gallery recently showed a documentary about Metinides’ career, The Man Who Saw Too Much, as part of its programme. The film opens with shots recording the process of printing a modern-day edition of La Prensa. The front page shows two tightly cropped photos of dead men’s faces, under the title ‘¡Adios!’. Images of this type frequently make the front pages. The newspaper is banking on people’s morbid fascination for death, blood and disaster to sell its issues.

From 1948 until 1979, Metinides’ shots of car crashes, aircraft crash landings, murders and suicides more than satisfied their readers in this regard. But what becomes apparent in the current exhibition is the contrast between Metinides’ shots and the majority of others you might see today [link: https://www.la-prensa.com.mx/] in La Prensa, in Uganda’s The Onion and I’m sure thousands of similar papers across the world. Rejecting the typical tight crops of gory details, Metinides frames whole scenes, often taking in the crowds which have gathered to see catastrophe or death first-hand.

In one shot from 1972, a car has skidded to a halt following a crash, and a crowd has subsequently gathered around the mangled steel chassis in such a way that it seems the car skidded through the pedestrians, parting them until it couldn’t go any further. People look up intently at Metinides’ watching lens. In an image taken at Xochimilco Lake in 1960, another crowd has formed to watch a dead body being retrieved by a lifeguard. They can be seen in the reflection on the water, gathered along the shore. In a series of three photographs from 1971 the focus is on a figure balanced precariously, high up on the frame of a building under construction. The first image shows the figure alone, at the joint of some girders shown bold and black against the sky, like a Rodchenko or Renger-Patzsch print. As the images progress, two other figures make their away along the girders towards the central figure, who the caption explains had climbed up to jump to his death.

It’s this combination of crowds and composition which raises Metinides’ images above mere exploitation. They become about the fascination shared by the viewer of the photograph and the crowd which has gathered at the scene, and also reveal Metinides’ talent for seeing scenes in an original way. 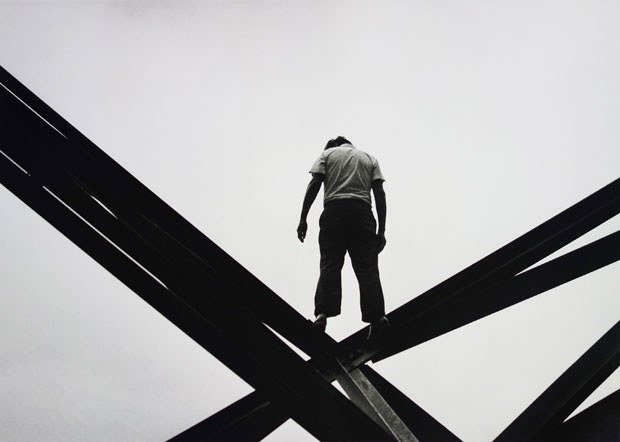 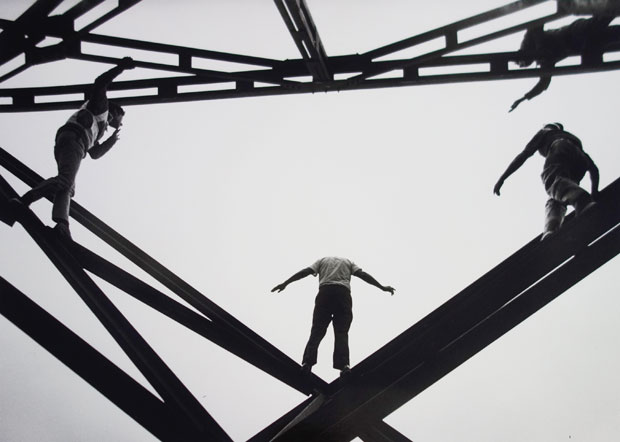 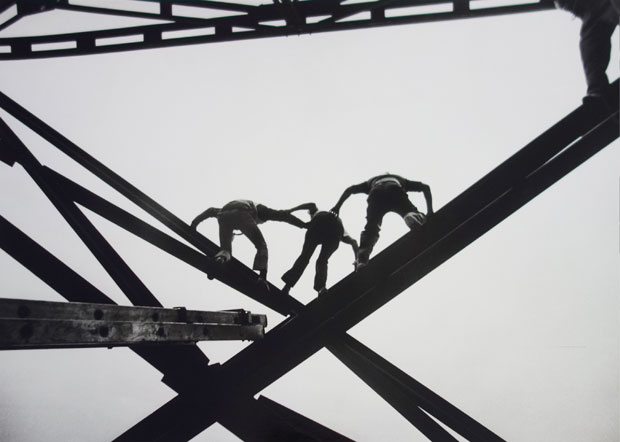 Steve Pyke, a New York-based photographer, was interviewed for ‘The Man Who Saw Too Much’. He owns a print of a Metinides photograph (not included in the Michael Hoppen exhibition) which shows a girl being rushed from a building by an ambulance worker. Central to the photo is part of a meat grinder, the girl’s arm is stuck in the machinery and some ground meat can be seen coming out of a tube: there is pain on the girl’s face as she is hurried out, followed by a throng of her fellow employees. Pyke explains that everyone’s first reaction on seeing the print in his home is to say ‘oh my God!’ and recoil in horror, but that they always come back later, for a second, closer look.

‘Enrique Metinides’ is at Michael Hoppen Gallery, London, until 24 March.