As the 5th edition of Masterpiece London prepares to open its doors, Apollo previews nine highlights from this year’s fair.

The kilns of Jingdezhen have produced porcelain for more than 1,000 years, and it has been both highly sought and much imitated over the centuries for its thin body and airy translucence. A pioneer in modern underglaze painting, Gan Daofu’s ceramic forms reconcile a classically Chinese scholastic heritage with Western notions of individuality and abstraction. 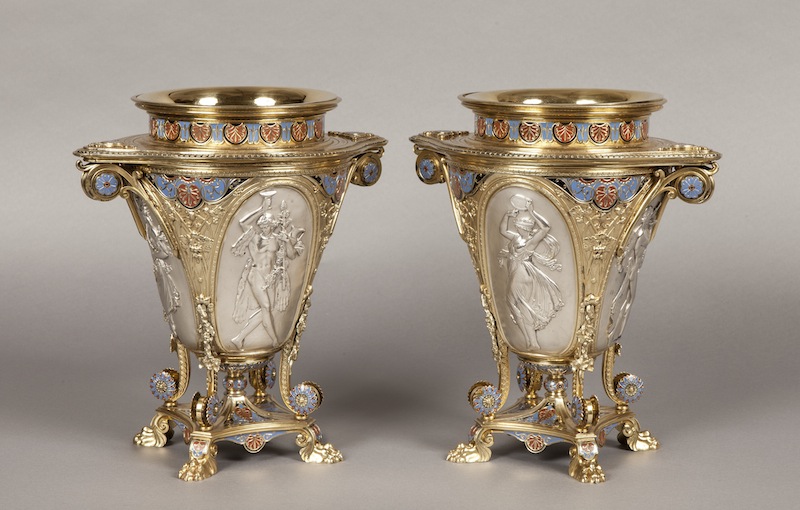 This dramatic early portrait of an unadorned woman is typical of the Ashcan aesthetic that Bellows was associated with in the early 20th century, where artists portrayed daily life in New York’s poorer neighbourhood. Exhibited only once in the artist’s lifetime, the painting’s provenance includes Andy Warhol, who owned it in the mid 1980s.

These wine coolers form part of a dessert service displayed at the Great Exhibition of 1862, which was noted by the jury for its ‘great merit’, adding ‘the effect is very beautiful.’ Elkington & Co. was founded by brothers George and Henry in 1832, after perfecting their method of electroplating in gold and silver, for which their first patent was granted in 1840. 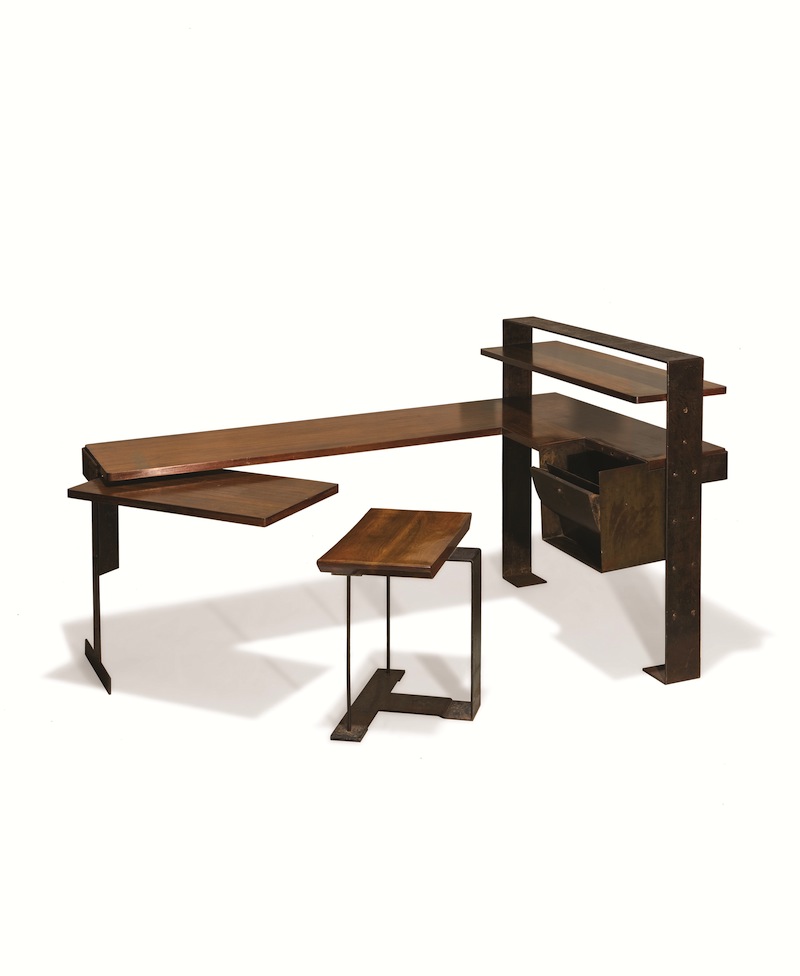 Chareau started working with metals in the 1920s, creating pieces that harmonised the properties of both wood and metal, exemplified by this desk and stool. The last time an MB 405 came on to the market was at Christie’s New York in 2004.

With the aid of a projector, Noble and Webster’s shadow sculptures transform what appear to be abstract assemblages into figurative shadow portraits. In this piece, especially created for this year’s Masterpiece London, the artists have worked in silver for the first time, welding together casts of small dead animals such as rats and frogs.

This Book of Hours is small but beautifully formed, with some 400 folios and 60 illustrations – 37 of them full-page. It has been attributed to the Master of the Gold Scrolls, a group of artists active between around 1414 and 1455 in Bruges, Brussels and Paris. Little advance has been made to date in identifying individual hands, but this significant manuscript, with its rich sequence of miniatures and borders, will occupy a central place in future research.

This exceptional Bactrian camel is testament to the wealth of the Tang dynasty through both the abundance of its load, and its sheer size – it stands nearly a metre high. Its tricolour glaze is characteristic of the finest Tang ceramics with a comparable piece held by the Philadelphia Museum of Art.

This panel depicts a scene from the Mithraic Mysteries, and shows the young god Mithras overpowering a bull. It would have formed the centrepiece in one of the under-ground temples of this mysterious cult, which enjoyed great popularity among Roman legions.

Cream japanning is rarely seen on English furniture – few workshops of the period were skilled in its production. The polychrome scenes that adorn the two folding doors, of chrysanthemums and oriental courtly ladies, were probably traced from Chinese or Japanese import china.

Masterpiece London takes place in the South Grounds of the Royal Hospital Chelsea, from 26 June–2 July 2014.