Congratulations to the Yorkshire Sculpture Park, which has won the Art Fund Prize for Museum of the Year 2014. The annual prize of £100,000 recognises the valuable work of the UK’s finest museums, and was judged this year by Sally Bacon, director of the Clore Duffield Foundation; artist Michael Craig-Martin; Wim Pijbes, director of the Rijksmuseum; and Anna Somers Cocks, chief executive of The Art Newspaper. The panel selected the YSP from a shortlist of six for its ‘bold artistic vision’ and impressive learning and exhibitions programmes.

It’s certainly been a major year for the museum, which comprises 500 acres of historic parkland and five indoor gallery spaces. In 2013 Roger Hiorn’s crystalline council flat, Seizure (2008/2013) was re-homed at the museum, while temporary exhibitions have included Yinka Shonibare, Ursula von Rydingsvard (whose weathered cedar sculptures are on show until 4 January 2015) and Ai Weiwei in the newly-restored 18th-century chapel (until 2 November).

Stephen Deuchar, chair of the judges, described the museum as ‘A perfect fusion of art and landscape’ at last night’s awards ceremony in London’s National Gallery, while Peter Murray, founding and executive director of the Yorkshire Sculpture Park, attributed that success to the people behind it: ‘This award is dedicated to our incredible staff, the artists with whom we’re privileged to work so closely, and our truly wonderful visiting public.’ 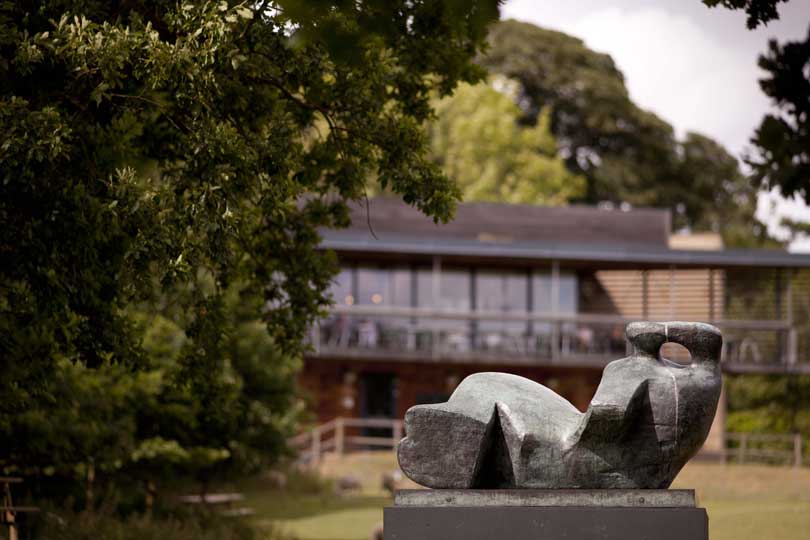 The Yorkshire Sculpture Park is in West Bretton, Wakefield, UK.

Artangel Open 2014: looking back at past commissions (Maggie Gray)

The Kariye Museum in Istanbul – a Byzantine masterpiece under threat

A court recently ruled that the ancient site be reconverted into a mosque, casting the fate of its well-preserved mosaics and wall paintings into question

The Apollo 40 under 40 podcast: Mahmoud Khaled

The artist talks to Gabrielle Schwarz about how an upbringing in Egypt has shaped his work exploring gender, queer desire, politics and power

Director of Forensic Architecture barred from travelling to United States

Food for thought – the art of the museum restaurant

Could contemporary art be less wasteful?