Since 2005 when it was founded by a group of specialist dealers, Brussels Art Square has promoted the historic Sablon as a unique art and antiques destination, with over 40 galleries and auction houses holding ‘open door’ events in the autumn. Now a new initiative taking place on 26–27 September sees some 15 UK dealers invited to exhibit alongside their Belgian colleagues. A different European country will be selected each year, in an attempt to foster international links and draw visitors to this colourful gallery district. Guided tours and a programme of talks, with guest speakers from the National Trust, accompany the event.

The range of participating UK galleries and the selection of wares on offer reflects the diversity of the Sablon. Among the British dealers are Max Rutherston, who brings Japanese art; Robin Martin with 18th-century decorative objects; Peter Finer with arms and armour; Nicholas Gifford-Mead with antique chimney pieces and fire furniture; Richard Saltoun with modern and contemporary art; and the Tomasso Brothers, and Giovanni Tomasso Ltd with a selection of fine art and European sculpture. The latter brings a bronze model entitled The Fowler (c. 1580–1600) by the mannerist sculptor, Antonio Susini. Susini worked in Giambologna’s workshop, acting as one of his closest assistants and
his principal caster. Newly discovered, this cast is regarded – alongside a version in the Louvre – as the finest rendering of this statuette.

Bronze sculpture is also to be found in the elegant space of Tom Desmet Antiques, whose display includes a Belvedere Antinous on a Boulle marquetry base, dated 1730–50. Depicting a nude youth standing with his weight on his right leg, the figure has its roots in the Roman marble now in the Vatican Museum. It is regarded by many as the most beautiful statue from antiquity, setting the standard for representations of male beauty.

The interaction between India and the classical world which was a feature of much Gandharan art can be found in a grey schist Gandharan figure of Atlante (2nd–3rd century AD) at Brussels-based Luc Decruyenaere, while London dealer Finch & Co. brings a Celtic carved limestone votive head of a man (1st century BC–1st century AD). A frequent motif in Celtic iconography, the human head was held by the Celts to be a sacred symbol. These enigmatic pagan statues display the Celts’ essentially abstract approach to making art.

Revered by his contemporaries, Dutch Golden Age painter Jacob Adriaensz Backer is regarded as a pioneer of Dutch classicism through his vivid use of colour and balanced composition. His Democritus, the laughing Philosopher, exhibited by London-based Rafael Valls Ltd, is dated to the first half of the 1630s, as the painting stylistically fits with the tronies that Backer painted following his arrival in Amsterdam around 1632–33. Although it is doubted whether Backer studied under Rembrandt, it is clear he was influenced by the master’s dynamic canvases. Seventeenth-century Dutch painting is also on offer at Klaas Muller Antiques. Here, Jan Baptist Weenix’s Italianate landscape is typical of those the artist painted following his return to Amsterdam after time spent in Italy in the 1640s. 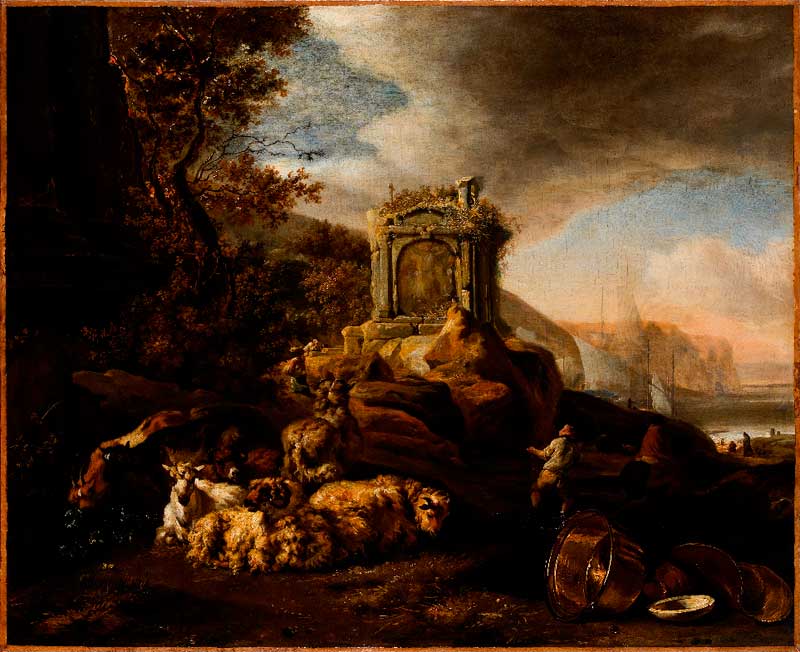 Brussels Art Square runs this weekend, from 26–27 September. Apollo and the National Trust will host ‘Beyond the Ropes: A Closer Look at National Trust Collections’ on 26 September at 6pm. For more details about this and other talks, click here.

First Look: ‘Sculpture Victorious: Art in an Age of Invention’ at the Yale Center for British Art

Remembering the pioneering museum director, who co-founded Visual AIDS in New York and innovated at the Andy Warhol Museum

Some artists, such as Ilya Kabakov and Caroline Walker, are finding solace in their work – when not distracted by fears about the post-pandemic future