The awe-inspiring beauty of Croydon, one of the most attractive urban environments in the UK, is about to be championed by the National Trust. Croydon’s inspiring historic architecture will be the subject of the Trust’s Edge City events programme, which from tomorrow until Sunday 24 July offers a series of guided walks that will allow visitors to explore the sights of this beloved British market town.

And if that opening paragraph seems a trifle over-egged, at least it makes a change from the usual pieces about Croydon – which begin by commenting on how ugly, unpopular and goddamn comical the town is, perhaps referencing David Bowie (‘God, it’s so fucking Croydon’), Peep Show and Terry And June, before insisting that the once-derided post-war landscape of towers, flyovers and dual carriageways has now acquired a certain idiosyncratic charm. I should know, I’ve written one myself.

Joseph Watson, the London creative director at the National Trust, is aware of the clichés about Croydon, and hopes that Edge City will expand the conversation. ‘It’s very peculiar that Croydon still has the reputation it has, as it is clearly a place on the up. But Croydon always seems to reach a point where it is about to become fashionable and then it gets busy reinventing itself.’

Croydon is currently a mass of cranes and pilings, as new towers are built and old ones are repurposed. This reinvention has echoes of the famous post-war regeneration, when the town decided to become more than just another suburb and remodelled itself as London’s third city, a rival to the City and Westminster. It led to a splurge of speculative building projects, which dramatically redrew the town centre into its current vision, one now derided by many.

There is, of course, something deliberately jarring about the collaboration between the National Trust – traditionally seen as a cosy world of cardigans, Keep Calm & Carry On tea towels and stately homes – and Croydon, whose public perception is so different. There is a knowing edge to the Trust’s approach, a hope perhaps that some of the roughness of Croydon will rub off on it, while its attention helps move Croydon up the heritage league table.

The tours will cover the town’s highlights, focusing not so much on specific architecture or interiors but on the general built environment, placing it within a post-war context and asking what it tells us about planning and how cities work. ‘We start at AMP House to get a bird’s eye view over Croydon, and introduce the history of the place,’ says Watson. ‘Then we explore the new town – the NLA Tower [popularly known as the 50p building because of its shape], Corinthian House, Lunar and Apollo House, the Whitgift Centre, and on to the Electric House, where we look at other 1930s projects. Then we talk about the infrastructure – the seven multi-storey car parks and the ring road. Then we go to the old Nestlé building, and end with a walk behind the scenes of the Fairfield Halls, which is a last chance to see them before they close for their two-year refurbishment. It’s not about a single building; it’s a spirit of place and we really want to persuade a wider demographic…to spend a few minutes looking at Croydon. It’s a lot more interesting than you might think.’

When asked about the current trendiness and of Brutalism, Watson is quick to draw a distinction between the movement and the architecture of Croydon. Whereas Brutalism was often favoured by the state, he points out, Croydon’s towers were usually speculative developments that had to soften their concrete with mosaics to make them more palatable to conservative investors. Brutalism, he says, shouldn’t just be taken to mean ‘ugly architecture’. 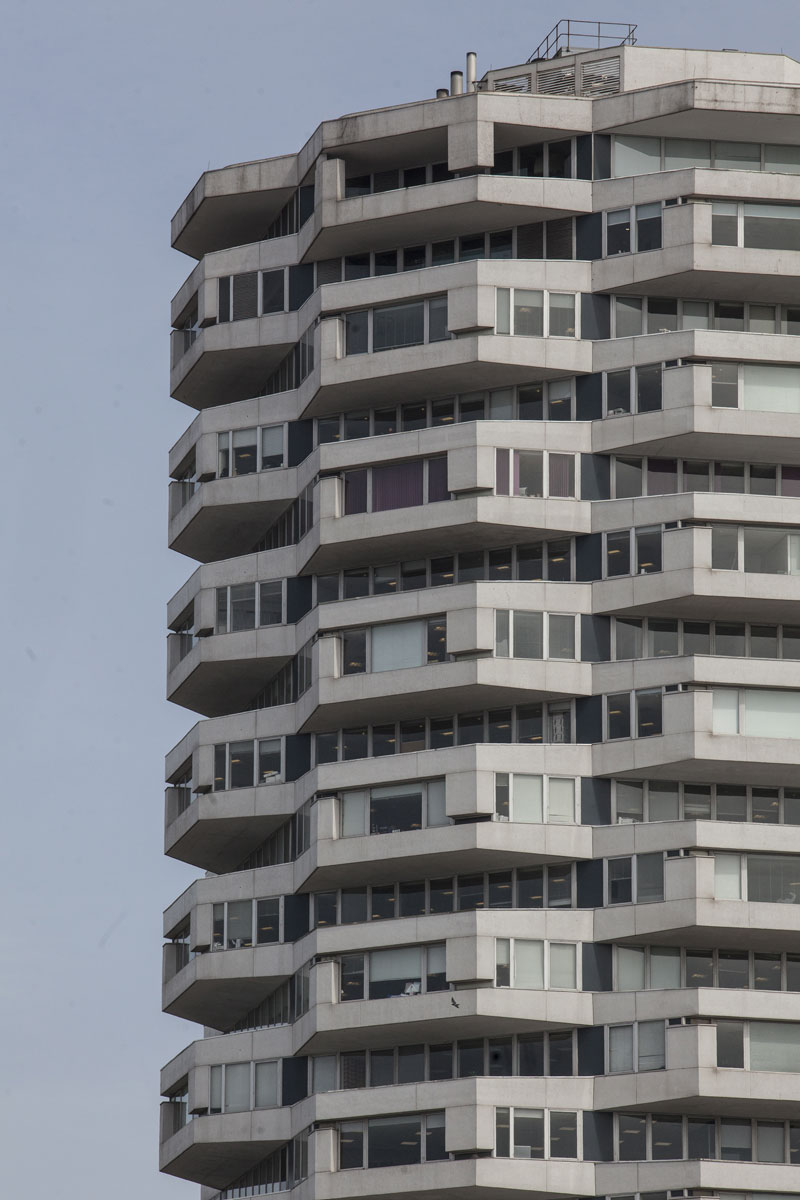 Nonetheless Edge City slots alongside the Trust’s recent Brutal Utopia tours with the Southbank Centre, and are part of the organisation’s concerted effort to expand the national debate about what constitutes heritage. ‘We want to unpack the longer history of pride in place, which isn’t just located in green space or recognised beauty,’ says Watson. ‘We are trying to acknowledge the post-war movement, a very singular era, using history to help us explore what good development looks like. It’s about trying to understand what we want from our city, what value we place on heritage – and that’s important if people in Croydon want to agitate for the protection of these places during the regeneration. We don’t want to preserve places in aspic but…while buildings like the NLA Tower are not listed, they are still very important to Croydon’s sense of identity. We’re not expecting them to become Croydon’s version of the stately home, but they play an important part in the landscape.’

It’s a landscape that refuses to stand still. The council has ambitious plans to redevelop existing buildings and raise new ones, with the Whitgift Centre, NLA Tower and Fairfield Halls among those receiving attention. Some locals complain the rate of change is too fast, echoing the displeasure of their predecessors 50 years ago. ‘We can see that happening now, and we can see it happening over the last 50 years, and I sometimes fantasise that it has been doing it for 1,000 years,’ says Watson.

This, perhaps, is the essence of Croydon and the source of the strange resentment it seems to breed: Croydon is the suburb that turned its back on suburbia, was roundly mocked but which still doesn’t know its place. ‘I know it’s slightly hackneyed but I love the description of it as a mini-Manhattan. You stand on that traffic island by Croydon College and look down Wellesley Road and it’s one of the most impressive landscapes imaginable in a suburb. It looks like the future.’

The Balfron Tower ‘pop-up’ puts Brutalism back in the spotlight

An insight into sculpture at this year’s fair, a rediscovered early copy of Austen’s ‘Emma’ and an Italian jeweller’s obsession with Etruria