The theatre and poetry of Ancient Greece lives on today in all sorts of ways: theatres and other architectural relics punctuate modern towns and cities; myths and legends are picked up and reworked as new plays, new books, new films. How do you bring the same culture alive in museums which, built to preserve historic objects, tend also to consign their stories to the past?

The MFA Boston recently undertook a thorough rethink of its Ancient Greece displays, and last month unveiled a new thematic hang – the first such arrangement they have attempted. Visitors to the museum, which holds an impressive collection from the classical period, are invited to sample a bit of wine, theatre and poetry. You won’t find actual alcohol or drama in the rooms on a daily basis, but new interactive elements have been introduced in an attempt to engage people more directly.

The three sections explore distinct aspects of Grecian culture through the art and objects that survive. ‘Homer and the Epics’ presents artistic depictions of the Iliad and the Odyssey – Homer’s enduringly popular accounts of the Trojan War and Odysseus’s long journey home. ‘Dionysius and the Symposium’ introduces the all-male drinking societies at which members of the Athenian elite would engage in a spot of philosophical discourse while drinking enthusiastically from novelty cups (how the world has changed…). 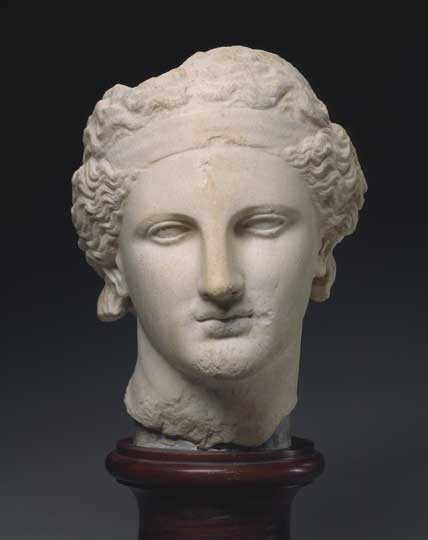 The final section is devoted to theatre and performance. Its main characters include the dramatists themselves (such as Menander, inventor of the ‘sitcom’, represented by a particularly fine bust) as well as the caricatured villains and protagonists from the plays themselves, each represented by their own distinctive mask.

All images courtesy of the MFA Boston.

Review: ‘Ming: 50 years that changed China’ at the British Museum