The Mauritshuis has been shortlisted for the Apollo Museum Opening of the Year Award 2014.

After two years, the Mauritshuis and its unrivalled collection of mostly Dutch and Flemish 17th-century Golden Age pictures are back on the art map. Amsterdam-based architects Hans van Heeswijk, inspired by I. M. Pei’s solution for The Louvre, have slipped a spacious visitor centre underneath the building and added the substantial Royal Dutch Shell Wing alongside it. The historic rooms have received improved lighting, glowing wall coverings, restored decoration. Most pictures are back in their familiar spots. From Van Dyck to Vermeer, Rubens to Rembrandt and Hals to Hobbema, the experience of each is lifted to a new level.

The imposing mansion was built on a prime site beside the The Hague’s Binnenhof, the political heart of the Dutch Republic, for Johan Maurits, in time for his return from Dutch Brazil where he was Governor 1636–44 for the Dutch West India Company. Designed by Jacob van Campen and Pieter Post, it is one of the finest Dutch classicist buildings. Maurits added exotic glamour with Brazilian booty including rainbow-feathered parakeets, and called it his ‘beautiful, very beautiful and supremely beautiful house’.

After his death the mansion was bought by the Maes family, leased to the government, and damaged in a 1704 fire after which Giovanni Antonio Pellegrini decorated the rebuilt Gouden Haal (these paintings, now newly restored, are the subject of a symposium on November 22).  Bought by the Dutch state in 1820, Mauritshuis opened to the public two years later, displaying the spectacular Royal Cabinet of Paintings – about 200 canvases mostly collected by William V, Prince of Orange, then donated to the state by his son, William I. These pictures had already suffered upheavals: in 1798 French occupying forces carted them off to Paris; most were returned in 1815 but without their frames, which explains why so few have period ones.

It was when the art historian and collector Abraham Bredius was director (1889–1909) that the focus honed in on high Dutch art. Bredius brought Vermeer’s Girl with the Pearl Earring and Fabritius’s The Goldfinch into the collection (his house nearby is open to visitors). Today, the collection has almost 800 pictures, 250 on show. The best of the best are at Mauritshuis; many outside the core focus are on loan while 150 are on display in William V’s specially built picture gallery a short stroll away. The four suites of rooms, spread over two floors around Mauritshuis’s central hall, include 16 galleries of an ideal size for the mainly small-scale pictures. Arranged roughly chronologically, it is hard to cherry-pick among such a cornucopia. A visit should surely involve lingering over a lush early landscape (c. 1505–15) by Gerard David, and the 17th-century views of the busy bleaching fields outside Haarlem (by Jacob van Ruisdael) and the back-lit tranquil cityscape of Delft (by Johannes Vermeer) – when pushed, director Emilie Gordenker says this is her favourite picture of all. Still life has rarely been so alluring, from Adriaen Coorte’s juicy strawberries to de Heem’s vase of ebulliently blossoming flowers, which makes one want to rush off to enjoy the city-centre Rosarium’s 20,000 or so real roses. 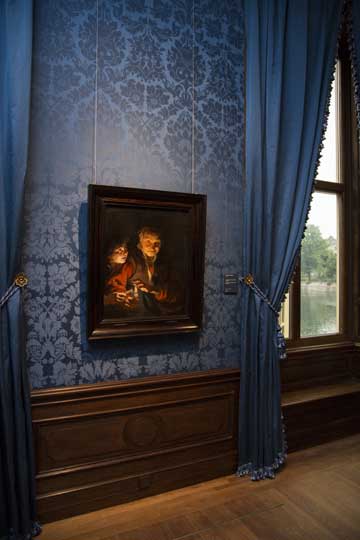 Pictures by Rubens include two painted around 1617: the Caravaggio-inspired old woman and boy illuminated by a candle, and a collaborative painting with Jan Brueghel the Elder of the Garden of Eden, which Quentin Buvelot, Chief Curator, particularly likes for its ‘beauty, preservation and the idea of collaboration’. 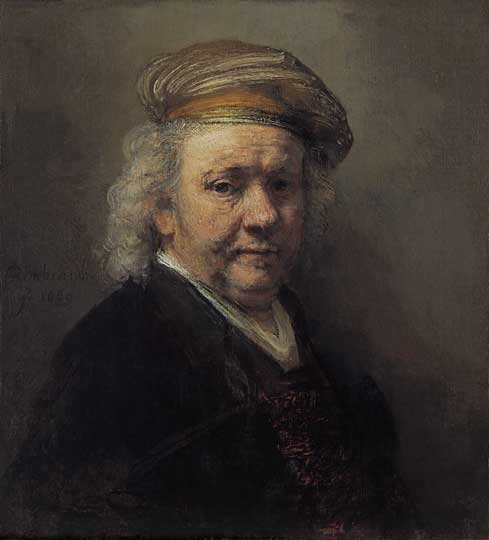 Then there are the Mauritshuis Rembrandts which occupy two galleries. They show Rembrandt as a story-teller recounting Simeon’s song of praise; as a group portraitist documenting Dr Tulp’s anatomy lesson for his Amsterdam surgeons’ guild (see our ‘Cover Story: March Apollo’); as an old man dragging paint to make one of his last self-portraits in 1669. But one is missing: his Saul and David, another Bredius acquisition, is still being cleaned and researched, and will be the subject of an exhibition in the Shell Wing in 2015.

The Mauritshuis has been shortlisted for the Apollo Museum Opening of the Year Award 2014.

The Mauritshuis, The Hague, reopens to the public on Friday 27 June 2014.

Dutch Details: masterpieces from the Mauritshuis at the Frick Collection (Victoria Dreesmann)

A jewel box of an exhibition that opens up important questions about celebrity, patronage and sculpture