Walter Sickert’s Dieppe Harbour (La Darse) (c. 1902) – the first painting to greet visitors to this exhibition – was rejected by the local hotelier who commissioned it for being too sombre. I wonder what he would have made of the rest of the show, which gathers together dozens of the painter’s impressions of the seaside town, many of them characteristically contrarian. In Sickert’s Dieppe, the fashionable Hôtel Royal looms over the Boulevard Aguado, pallid against a purple twilight sky. The gothic church of St Jacques squats beside flimsy shop awnings. Tourists and off-duty gendarmes while away afternoons in the Café Suisse near the local fish market. Elegant holidaymakers in the Casino sit rapt but strangely listless, playing out expensive summer evenings. Everything is tinged with Sickert’s signature mauve.

Sickert spent several childhood summers in Dieppe, relocated there twice as an adult and otherwise spent long sojourns there until he was in his 60s. Its influence over his life and work is on a par with that of Camden Town and Venice – which were the focus of comparable shows at the Courtauld Gallery in 2007–08 and the Dulwich Picture Gallery in 2009, respectively. But Dieppe, which has fared worse, both in real terms and the public imagination, tends to be overlooked. Pallant House is the first gallery to consider its significance to Sickert since the Towner in nearby Eastbourne 40 years ago.

Curator Katy Norris’s thematic (and loosely chronological) hang draws out significant moments in Sickert’s career, such as the years he spent painting landscapes at Envermeu, 10 miles inland from Dieppe, where he bought a house with his second wife Christine Angus in 1912. Sickert’s verdant studies broke with the urban subjects he produced in London, and he used the series to perfect a new, flattened style of painting. It was a fertile train of thought that he nurtured in Devon and Bath during the war, and abandoned only after Christine’s death in 1920.

Until he visited Envermeu, Sickert’s chief artistic concern in Dieppe had been its architecture, particularly the churches of St Jacques and St Rémy. The most striking room in the show is a series of pictures he made of them, mostly during his seven-year stay in the town from 1898 to 1905. The centrepiece is a grand painting of St Jacques, another of the works he produced for that unhappy hotelier, M. Mantren (Sickert had hoped the ‘picturesque’ subject would sell). The drawings and oil sketches are the most interesting. In these you can see Sickert’s careful workings-out, as well as more cavalier departures from his own brief: one hot day in around 1900, he abandoned his studio to make a rare plein-air painting of St Jacques in a limited but eye-catching palette of burnt red and greys. He was inspired by Monet’s paintings of Rouen Cathedral, but instead of using the series to investigate the effects of light, Sickert probed his own methods, testing his artistic strength against the churches’ unyielding stone. 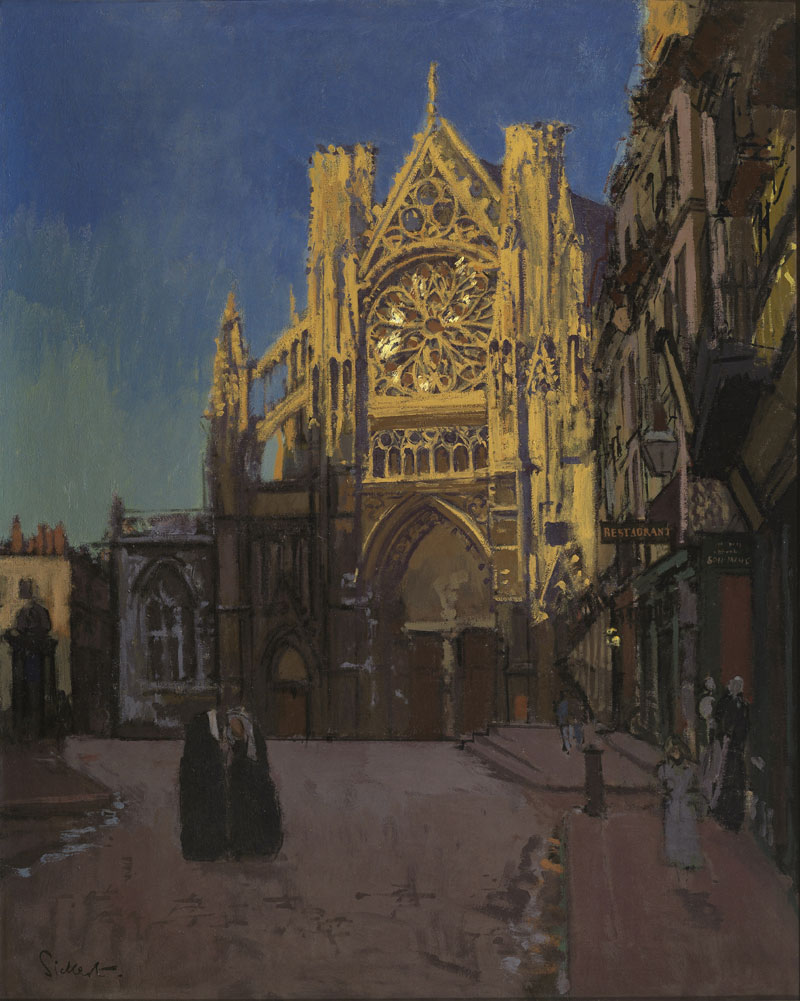 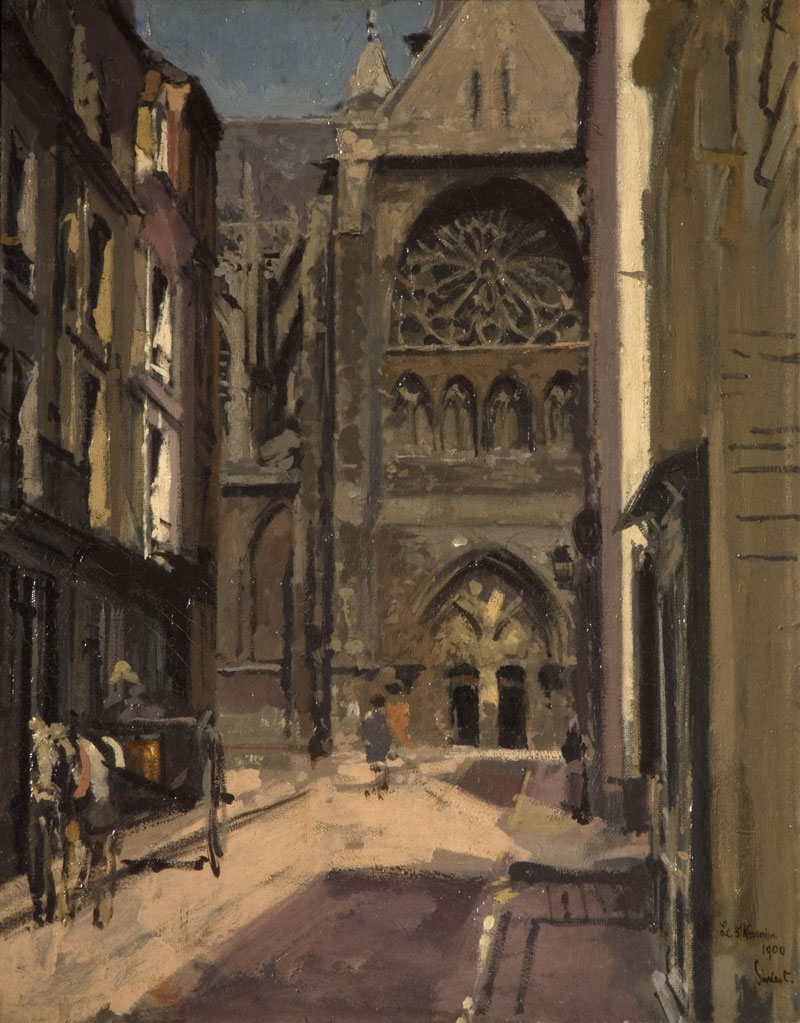 The series is a powerful reminder of how sustained and sincere Sickert’s engagement with the town was; the exhibition makes its best case for Dieppe’s importance simply by showing so many good examples together. What it lacks is context. Sickert probably saw Monet’s Rouen works en route to Venice in 1895; he painted a series of St Mark’s Squares there before he returned to Dieppe. His 1920s paintings of Vernet’s Dance Hall expand on themes he explored in London. None of these related works are shown, even in reproduction. Neither are paintings by the artists he met in Dieppe, despite the first room’s emphasis on Sickert’s association with the ‘decadents’ (Oscar Wilde and his circle) and with Edgar Degas, whom he befriended while staying with their mutual friend, Jacques-Émile Blanche. (Blanche’s portrait of Sickert from 1898 is an exception).

Until then, Sickert had been producing hazily elegant studies in the style of his teacher, Whistler. Degas painted unapologetically modern subjects using surprisingly traditional studio-based methods. You can spot his influence in the brilliant palette of The Red Shop (October Sun) (c. 1888); in the poses of numerous tired revellers; and most obviously in Dieppe Races (c. 1919–20). It is also apparent in Sickert’s prints and drawings – which are rightly given equal billing beside his paintings. It would have been interesting to see Sickert’s work compared to that of the artists he met in Dieppe. But then that would be a very different show.

‘Sickert in Dieppe’ is at Pallant House Gallery, Chichester, until 4 October 2015

Nevinson is best known for his war art, but took his work in surprising directions after 1918