‘That Obscure Object of Desire’, currently on view at Luxembourg and Dayan in New York City, purports to borrow both its title and its concern with ‘the dark side of desire’ from Luis Buñuel’s 1977 film of the same name. Like Buñuel’s film, the grouping of pieces on display is meant to expose the abject, the fetishistic, and the obsessive sides of desire. Yet despite uniting a number of artists with a shared interest in the sexualised female body as an artistic subject, the show is ultimately too incoherent to deliver the electrifying jolt suggested by the allusion in its title.

A small exhibition comprising only 16 works by eight different artists, ‘That Obscure Object of Desire’ sparsely occupies Luxembourg and Dayan’s already Spartan rooms. Its strengths lie in the pieces by the controversial German artist Hans Bellmer and the American painter Dorothea Tanning, both of whom are grounded in surrealist aesthetics.

Click here for a gallery of highlights from this exhibition

Meanwhile, the (later) works of Dorothea Tanning on display take on sexual taboo from an entirely different perspective. Her sculpture Traffic Sign and work on paper ‘Studies for Hôtel du Pavot, Chambre 202’, both from 1970, exploit surrealism’s sense of play and its embrace of incongruous juxtapositions to poke fun at the power of the female body over those who desire it. 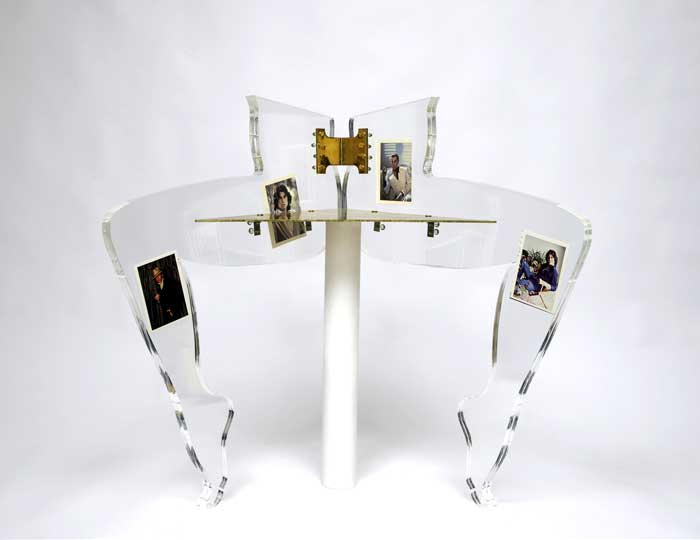 The contrast between these two artists, however, is indicative of the flaws of the exhibition as a whole. The female body is the muse for all the art on view, and one might even say that for all it is a deeply problematic muse. Yet the female body has been a fraught source of inspiration for immeasurable quantities of visual art across time, and the show does not make a compelling case that there is something more substantive binding these particular works to each other. Each artist is consumed by their own individual preoccupations, which all turn around the body of the woman and yet at the same time do not fully engage in dialogue with each other.

Anthea Hamilton and Julie Verhoeven’s Eggs and Apples are engaged with entirely other issues than Bellmer and Tanning, offering a critique of the desiring female body as an object of (capitalist) consumption. At the other end of the spectrum, the three works by Robert Heinecken revel in aestheticising a quasi-pornographic fragmentation of the body. Meanwhile, Hannah Wilke and Alisa Baremboym’s pieces speak another language altogether, one that turns on an abject collapse of recognisable bodily forms. Within this crowd of different viewpoints, ultimately, it is not the object of desire, but the objective of the show that is obscure.

‘That Obscure Object of Desire’ is at Luxembourg & Dayan, New York, until 4 October.

Gallery: ‘That Obscure Object Of Desire’ at Luxembourg & Dayan

Rendez-vous with Art, by Philippe de Montebello and Martin Gayford

The medieval Armenian monuments in Nagorno-Karabakh must be protected

The French parliament has finalised the restitution of 26 artefacts to the Republic of Benin and one to Senegal. Speaking…

Can historic houses tell more stories than they have done?