The remains of the Emperor Hadrian’s villa at Tivoli are an ideal place to hang out your washing. Or that is what the local people thought in Richard Wilson’s 1765 painting of the ruin. ‘Sic Transit Gloria’ is Wilson’s message, Rome’s grandeur reduced to a laundry for Italian country folk. It was an ironic comment on the hubris of Wilson’s own age: seduced by commerce and luxury, Britain was heading for the same fate as ancient Rome.

Artists have long had a love of ruins, for these emblems of human transience and for the aesthetics of decay. ‘Ruin Lust’, Tate Britain’s intriguing, sometimes frustrating, new exhibition celebrates British artists’ passion for all things derelict and decrepit.

Richard Wilson’s pessimism about commercial Britain was misplaced. As commerce thrived, Britain’s own ruinous past, its castles and monasteries, became commoditised as picturesque views, ‘heritage’ for the domestic tourist. Even JMW Turner’s exquisite watercolour of a sunlit Tintern Abbey was intended as a souvenir for the sight-seeing urban middle classes.

Keith Arnatt’s A.O.N.B. (Area of Outstanding Natural Beauty), 1982–4, provides a wry comment on this sanitisation of the past. The work consists of a series of photographs of well-known beauty spots, an echo of the picturesque tour, but where each image is compromised, ‘ruined’, by discordant intrusions from the modern world.

‘Ruin Lust’ revels in such transhistorical comparisons. Most of the artworks are drawn from the Tate’s own stores, ranging from its 16th century to its contemporary collections. Through the interplay of art across different periods the exhibition shows how ruins form a dialogue with the past, but also how they rise up out of the impermanence of the present, or are imagined in an uncertain future. Ruins create a sense of temporal displacement, a source of both fascination and anxiety.

Some of the juxtapositions of old and new are inspired. Jane and Louise Wilson’s Azeville (2006), a photograph of the colossal wreck of a Nazi German coastal battery in Normandy, is every bit as sublime as John Constable’s brooding and melancholy Sketch for ‘Hadleigh Castle’ hung alongside. 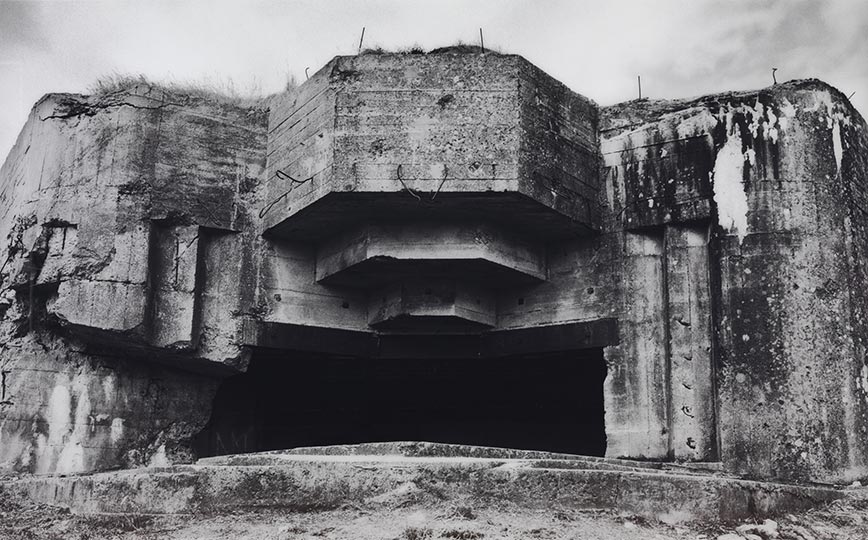 The exhibition devotes two rooms to installations by Tacita Dean and Gerard Byrne. Kodak, a work made by Dean in 2006, consists of footage of the Kodak factory in Chalon-sur-Saône shot on 16mm film, a format that was in the process of being discontinued. The film records its own obsolescence.

With works like Kodak, the exhibition shows how ruination is a condition of modern life, our hunger for novelty and innovation continually giving rise to states of abandonment, disuse and fragmentation. Technologies, buildings, entire cities, become ruins as they are left behind in a quest for progress.

Gerard Byrne’s video installation, 1984 and Beyond, re-enacts a conversation, first published in Playboy magazine in 1963, in which a number of famous science-fiction writers imagined how the world would be in the future. The whole scenario seems out-dated today, as do their wide-of-the-mark predictions. Accompanying photographs document the ironic survival of 1960s culture, now fashionably retro-chic.

Tacita Dean’s The Crimea provides an unintentional note of topicality. A grainy image of explosions in an indistinct landscape, it belongs to a series of 20 prints made by Dean in 2001, collectively called The Russian Ending. The images, all derived from vintage postcards, depict scenes of disastrous events, to which Dean has added hand-written notes, reminiscent of film directions. The title of the series refers to a practice in early Danish cinema, whereby two versions of each film were made, one with a happy ending for the American market, the second tragic, for Russian audiences.

The catastrophe in The Crimea is unspecified, but the filmic references impose an unhappy narrative, in which the viewer becomes complicit. The Russian Ending underlines the way we are compelled towards, and become involved in, scenarios of ruination and disaster.

An exhibition sourced from the Tate’s own collections of this scale – it contains over 100 works – will inevitably include as many curiosities as masterpieces. The hang is at times dense, the labelling occasionally sparse, which left me wanting to know more about some works, or why they had been included.

Overall, however, the exhibition avoids being dogmatic in making its case, and we are given the freedom to draw our own conclusions from the often unanticipated relationships between the artworks on display. ‘Ruin Lust’ encourages us to explore the ambivalent place that ruins occupy in our imaginations.

Gallery: ‘Cézanne and the Modern’

Masterpieces from the collection of Henry and Rose Pearlman

Highlights from ‘The Treasure of Naples’

Beautiful jewels, gold and silver statues, and devotional objects from the city of Naples