In America, the Russian-American painter Max Weber is a reasonably well-known name. In the UK on the other hand, even many art enthusiasts and gallery assistants are hard pressed to place him. So on this side of the pond, the Ben Uri Gallery in north London is bringing the highly influential Jewish artist to a British audience with the exhibition, ‘Max Weber: An American Cubist in Paris and London, 1905–15’.

The Ben Uri Gallery is, strangely, little known in itself. This gem of a gallery, hidden away in St John’s Wood, holds almost 1300 works of modern art. It was founded in 1915 in the Jewish area in Whitechapel, east London: the ‘Ben Ouri’ was established to support Jewish art, and has continued to do so for almost a century throughout London.

Max Weber is widely acknowledged as the first artist to introduce Cubism to New York, the artist who brought back the first Picasso painting to America and a key exhibitor in the ‘Grafton Group Exhibition’ of modern artists in London in 1913. 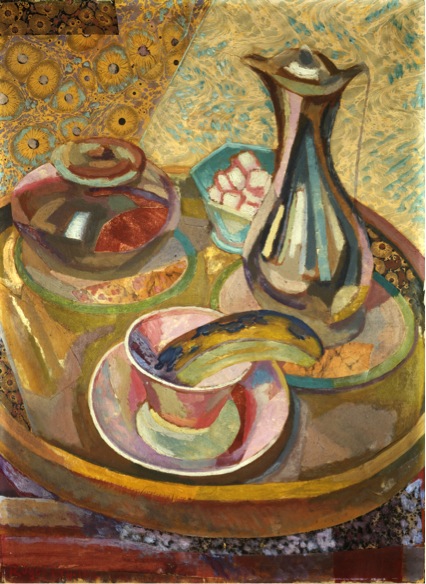 The curators waste no time in reminding visitors of the fact that this is the first major UK museum show of Weber’s work. And so they should. Why has it taken over 100 years since Weber’s introduction to the British public in 1913, for it to happen?  The gallery presents a wonderfully eclectic group of works that reflects the ‘melting pot’ of artistic styles Weber encountered in contemporary Paris and London. This re-appraisal of his work is long overdue.

The title of the exhibition naturally suggests that you’ll see many works by Weber himself. Indeed there are plenty of them, but the main concept of the exhibition rests not on Max Weber as an individual artist, but on his role within a collaborative group of modern artists.

Weber and his works are discussed in relation to the post-Impressionist artists that he met in Paris and London in the early 20th century. The first room of the exhibition alone pairs Weber with Matisse, Cézanne, Rousseau, Picasso, the photographer Alvin Langdon Coburn and the art critic Roger Fry. Even the movement in Weber’s Dancers is interpreted as a metaphor for the making of modern art. The dancers move freely between shifting geometric forms. Weber combines jarring colours with the jarring forms of Picasso’s oeuvre. The focus may be on Weber, but this is in many ways something of a group show.

The inauguration of the Ben Uri Gallery was tightly tied up with the development of modernism in Britain. It is perhaps not surprising that the current exhibition looks specifically at the 10-year period leading up to the gallery’s foundation. This exhibition relives the Ben Uri’s own triumphs too, as part of the growth of modernist art in Britain.

Rendez-vous with Art, by Philippe de Montebello and Martin Gayford

Lookout: Folkestone Triennial turns the town into a gallery